This is an excerpt of a piece which originally appeared on the Baptist Press site by Erin Roach. You can view the entire article here.

Blackaby Ministries International, which grew out of the success of Henry Blackaby’s “Experiencing God” study written nearly 30 years ago, also is tackling the weakening faith of many young adults by launching an initiative called “The Collision: Experiencing God in Today’s Culture.”

As much as 65 percent of young adults are walking away from the church or abandoning their faith, Daniel Blackaby said, citing several recent studies.

“As our ministry has traveled across the country, we have put faces to these sobering numbers,” Blackaby, founder and content creator for The Collision, told Baptist Press in written comments. “We have heard countless heartbreaking stories from parents and grandparents whose children and grandchildren grew up in church every Sunday only to walk away and reject their faith.”

At the same time, Blackaby, Henry Blackaby’s grandson, noted the “amazing potential” of young adults to impact the world.

“Equipping young adults is not just an investment in the future. It is an investment in the present,” he said. “We pray that this new initiative will not only bring back some of those who have strayed from the church but will also strengthen and equip those still within the church to thoughtfully engage our increasingly secular culture for Christ.”

The Collision consists of a website, thecollision.org, which is up now, and a YouTube channel and weekly podcast, which are expected to debut in the next few months.

“We should not expect that an hour or two in church each week is enough to counterbalance the 40 to 60 hours per week that young adults spend immersed in media,” Blackaby said, adding that The Collision will leverage the digital mediums that young adults already know.

Through engaging the content, Blackaby hopes young adults will recognize primarily that God is the Lord of all creation.

“He is God on Sunday, but also on Monday through Saturday. He is God during a church worship service but also when we play sports, watch movies or go for a hike. The topics of our content range from science, Marvel and Star Wars films, apologetics, pop culture, the creative arts and beyond,” Blackaby said.

The Collision also is designed to allow young adults to ask hard questions and wrestle with doubts. “God is not intimidated by either,” Blackaby, a graduate of Southern Baptist Theological Seminary, said.

“Today’s young adults are raising important questions about science, sexuality and faith,” he said. “If the church isn’t ready or willing to give thoughtful answers, then the secular world is more than happy to do so. Our ministry does not shy away from these difficult or controversial topics.” 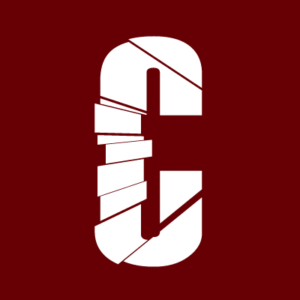 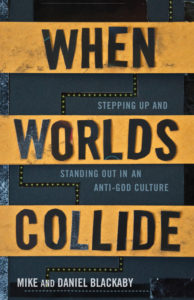