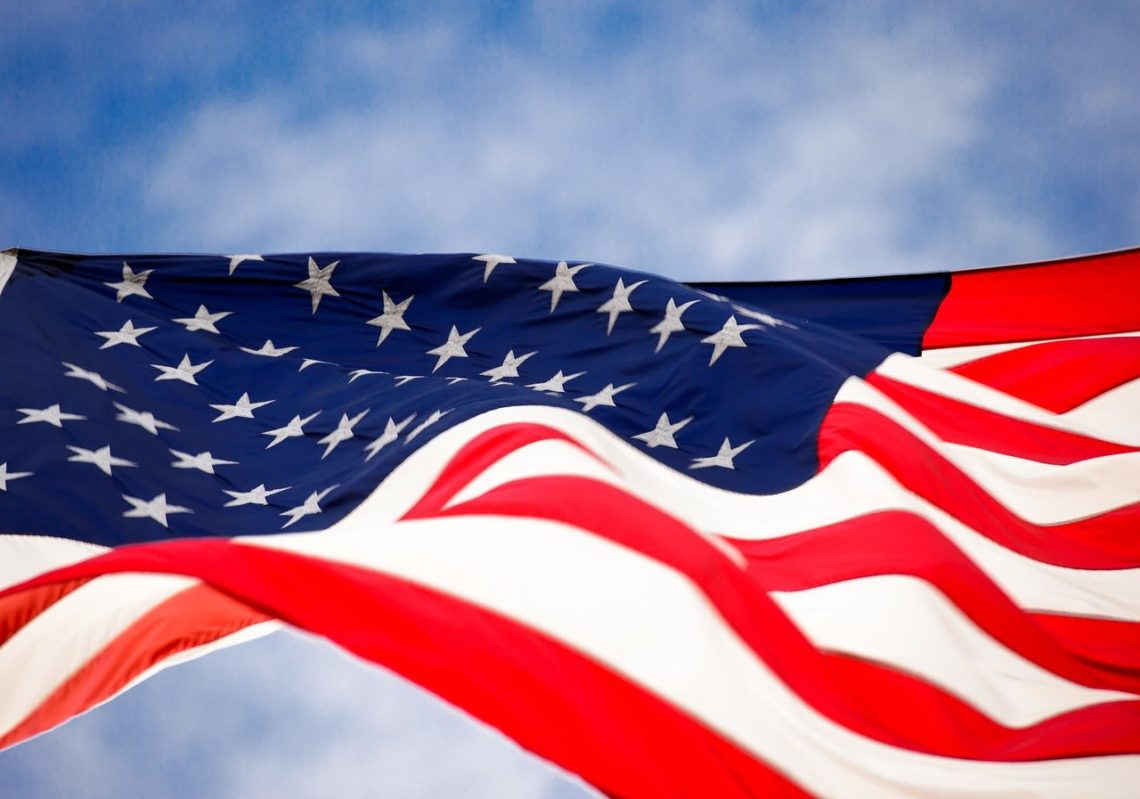 Entering a new year is generally accompanied by large doses of optimism and hope as people consider the various opportunities and possibilities that lie before them. But 2020 carries with it a certain foreboding. Many people are concerned about what the future holds.

There are obvious reasons for this apprehension. On November 3, Americans will elect a president. To say that American society is intensely polarized is an understatement. No president since perhaps Abraham Lincoln has been as divisive as Donald Trump. Many fear the tension and emotion surrounding this election could tear society apart at its seams.

There are numerous international concerns. Persecution against Christianity is evident at alarming levels. In countries like Nigeria, Islamic terrorists butcher entire villages of Christians and kidnap hundreds of schoolgirls. Other countries are suppressing churches and imprisoning pastors. There are also constant concerns about war in the Middle East and the ever-present threat of terrorist attacks. To make matters worse, America is regularly being shocked by violent assaults and mass shooters who brutally take the lives of innocent people in what have traditionally been considered safe places.

Socially, American society is experiencing titanic shifts that are creating enormous confusion and division. Many people argue that gender identity is fluid and that biological males can identify as females and biological females can identify as males. The implications and long-term consequences of this thinking are still unfolding. Many now approve the right for transgender males to use women’s bathrooms and locker rooms. A transgender male was recognized as “Woman of the Year.” Biological males, identifying as females, are dominating amateur women’s sporting events such as track and field, wrestling, and basketball.

The nation is experiencing ongoing racial divide and tension. People hold divergent opinions on how to provide justice and fairness to all. Does showing justice to people of color require the vilification or exclusion of white males? What does fairness and justice for all look like?

Today’s college students and teenagers are suffering increased levels of depression and angst. Recent books such as The Coddling of the American Mind by Lukianoff and Haidt and The Vanishing American Adult by Ben Sasse have examined the distress today’s younger generation is suffering. Well-publicized student protests have occurred because a conservative lecturer was speaking on campus. Students claimed they felt unsafe by the mere presence of someone with whom they violently disagreed, so they rioted and caused extensive property damage. The suicide rates among teenage girls has reached an alarming level. Our future leaders are being indoctrinated in a confusing, contradictory, emotion-based worldview that is in danger of failing to equip them to face tomorrow’s challenges.

These issues, as well as many, many more, are reaching a crescendo in 2020. The November 3 election could be the polarizing event. With so much at stake for American society, how should the Church respond?

Sadly, much of the Church is currently undergoing its own crises. At the very time society desperately needs its services, God’s people are suffering their own malaise. Many of the issues dividing secular society are also splintering the Church. Roughly 70% of today’s churches are plateaued or declining. Around 4,000 churches are closing their doors annually. Millennials are leaving churches in droves. In response, some denominations are jettisoning traditional biblical doctrines and standards in order to appear more inclusive and less offensive to secular society. Other churches are hunkering down and preparing for the worst.

How should Christians respond to such a chaotic time in history? Jesus had a word to say on the subject:

“You are the salt of the earth; but if the salt loses its flavor, how shall it be seasoned? It is then good for nothing but to be thrown out and trampled underfoot by men. You are the light of the world. A city that is set on a hill cannot be hidden. Nor do they light a lamp and put it under a basket, but on a lampstand, and it gives light to all who are in the house. Let your light so shine before men, that they may see your good works and glorify your Father in heaven”(Matt. 5:13-16).

These words have become so familiar they have largely lost their revolutionary flavor today. But they would have been just as incendiary in Jesus’ day as they should be in ours. Jesus’ nation was occupied by the Roman army. Public opinion was deeply divided on whether God’s people should submit to depraved government leaders like Tiberius and Nero or if they should engage in open revolt. More than half the Roman population were slaves or lived in poverty. Violence was commonplace. Money and pleasure were the leading gods of the age. Numerous world religions clamored for people’s attention and allegiance. Many of the older traditions and values were being jettisoned by a younger generation who was eager to adopt the popular fads of their culture. The early Church took Jesus’ words seriously, put them into practice, and radically changed the world for the better.

What would that look like in 2020? First, God’s people must act as salt. In the first century, there was no refrigeration. Meat would quickly rot in the Mediterranean climate. Salt was used to preserve food from deteriorating and becoming useless. Jesus claimed that Christians should have the same effect on their society. Wherever societal values, institutions, law, order, civility, or human kindness was deteriorating, God’s people were to step in and make a positive difference.

If America ever needed God’s people to be salt, this is the time! In the past, the American church urged its members to avoid sinful places and people. “Come out from among them!” people were warned each Sunday. But I am encouraged to see Christians intentionally engaging broken and deteriorating places in order to make them better. Christians are entering politics so they can infuse Christian values into government. People are volunteering to serve on school boards and in civic positions so they can revitalize their communities. Rather than running away from societal buildings that are on fire, some Christians are choosing to grab a hose and run toward the blaze.

But many of God’s people are adding to the problem rather than diminishing it. It appears easier to fire off a nasty Facebook post at people with whom we disagree than to leave the safety of our own home and invest ourselves in making things better. Christians ought to be known as peacemakers, not antagonists. We ought to take the high road rather than descending into the muck and mire with everyone else. The Church ought to be in the world, but too often the world is in the Church.

Christians are also supposed to be light. Light dispels darkness. It helps people to see clearly. American society is hopelessly in the dark today. Societal trends are irrational and destructive, but pointing out that fact is considered politically incorrect. Our society acts on its feelings rather than on reason, let alone revelation. In his book The Death of Expertise, Tom Nichols argues that American society no longer values the wisdom of experts but deifies personal opinion. Everyone has a right to their opinion, but it is utter nonsense to argue that every opinion is equally valid, even when they are held passionately. Yet when society rejects absolute truth, every opinion must be treated as credible. This fallacy is leading American society into numerous catastrophes for the family, for social relationships, and for numerous societal issues that remain immune to popular solutions.

So, what can Christians do? First, we can know God’s truth ourselves. We can’t share what we don’t know! Then we can teach, preach, and share the truth with love. God’s truth is not a club. It is a deliverer. It sets people free (John 8:32). Many people hunger to know there are eternal truths that come from higher than the Twittersphere that can provide relief for their most pressing problems.

What should the Church look like in 2020? They ought not to become silos where angry Facebook posts are lobbed into the “heathens’” foxholes. Rather, God’s people need to be penetrating the marketplace, educational system, media, arts, and every civic volunteer organization with the express purpose of making them better. They ought to hold to the truth, regardless of how unpopular it may be, and lovingly express it in ways that build up, rather than tear down (Eph. 4:29).

As the 2020 election approaches, Churches should not be lining up with their preferred political candidates while angrily launching social medial missiles at their opponents. They ought to be the societal medics, earnestly searching the battlefield to find wounded and blinded victims on both sides who desperately need to know they are loved, there is eternal truth that could set them free, and that God’s people are radically different from anyone else they’ll ever meet.

I pray that will be so.