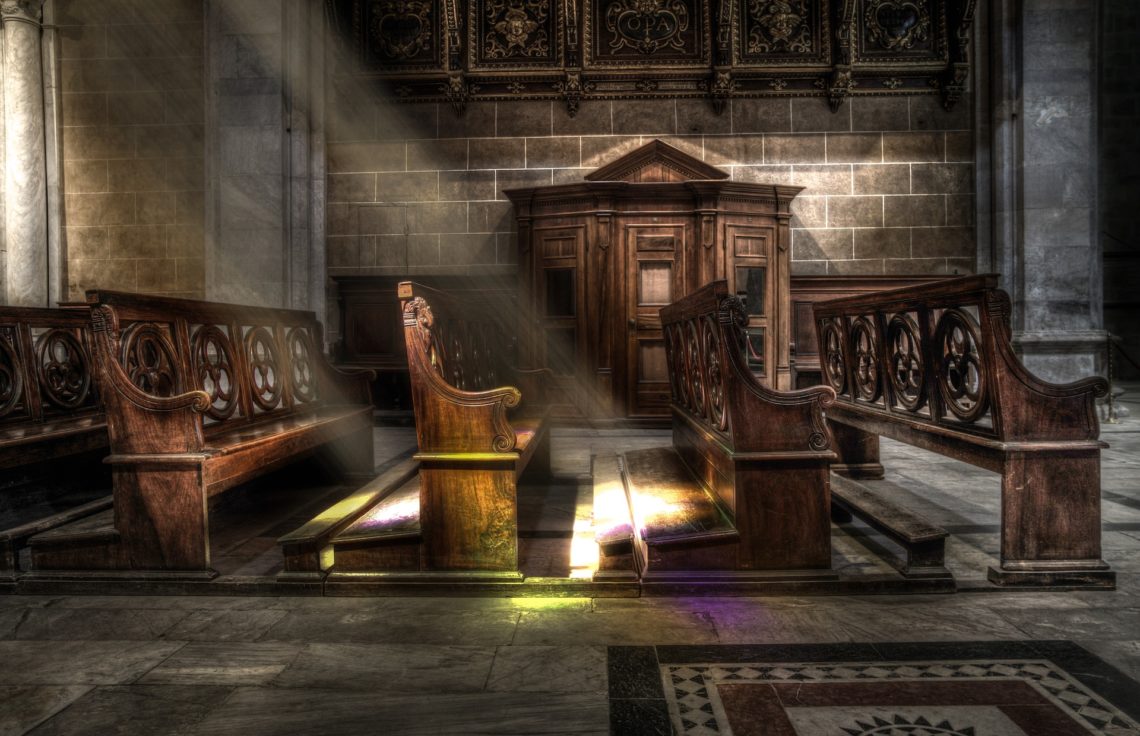 I grew up in a sparse mission setting in Canada. My father pastored a small church in Saskatoon, Saskatchewan. During his twelve years as pastor of Faith Baptist Church, God led us and our mission churches to plant dozens of new churches and mission posts across that vast territory.

One Christmas, we drove south to Fort Worth, Texas, to celebrate the holidays with our extended family. On Sunday, my parents decided to drive to Dallas to attend services at the venerable First Baptist Church and hear its famous pastor, W.A. Criswell, preach. That great church had helped support mission work in Canada, so my father wanted to visit it.

As we entered the beautiful sanctuary, one of the ushers greeted us warmly. He asked where we were from, so my father told the man his name and that he had come to show his appreciation for the church’s mission mindedness. The usher sent word to W.A. Criswell, and the pastor invited my father to join him on the platform to say a few words about what God was doing in Canada.

My mother and I sat in a pew near the front of the auditorium so my father could join us after his moment on stage. It was a magnificent experience. Coming from a small, plain church building in Canada, the large auditorium was breathtaking. The massive choir and pipe organ were unlike anything I had ever experienced. W.A. Criswell had an aura about him that was tangible even to me, a ten-year-old-boy.

Then it happened. An older woman approached and indignantly informed us that we were sitting in the pew in which she had faithfully sat for 28 years. You would have to know my mother to appreciate the fact that, in that moment, I knew one thing without a shadow of a doubt: we weren’t moving. My mother had survived living as a mission pastor’s wife, endured bitterly frigid, 40-degrees-below-zero winters, and reared five children on poverty wages. She had driven 1500 miles in a sedan with her family of seven to be in Texas, and she had risen early that morning to drive to Dallas with her husband and oldest son to attend that service. Hercules himself could not have made my mother budge! She placed her hand firmly on my knee, lest I mistakenly assume we were moving, and then she smiled and declared, “Well, I can see why you like to sit here. It has a wonderful view!”

I was only ten that day, but I never forgot it. We sat in the auditorium of one of the greatest mission-minded churches in our denomination. Each week, the pastor powerfully proclaimed God’s word. The music beautifully exalted Christ. Yet we had just been accosted by a woman who received all the ministry this church had to offer and yet remained largely untouched by it.

If you glanced around at the host of people singing praises to God for His grace or listened to the fiery preacher urge his people to be on mission with God, you would assume that standing around you was a mighty host prepared to march into battle for its King. But you would be wrong. While there were certainly some people in the room who were spiritual warriors for God’s kingdom, others had no real concept of what the Church is or what their role ought to be in it.

I belong to a great denomination that is known for its passion for evangelism and missions. Nevertheless, the number of people being baptized each year is steadily declining. This fact bewilders many. How can a group of churches that has a high regard for God’s word, prioritizes evangelism and missions, and makes numerous resources available to equip its people not be growing rapidly?

There are a few compelling reasons.

First, God’s people have become self-centered rather than God-centered. In the prophet Malachi’s time, God asked His people, “Where is My honor?” (Mal. 1:6). The people were offering Him their leftovers and inferior sacrifices. God declared, “I am a great King” (Mal. 1:14). Yet His people’s worship dishonored Him. God said their half-hearted, careless worship despised His name. As a result, He announced, “I have no pleasure in you” (Mal. 1:10).

God’s people measured their worship by how convenient and pleasurable it was for them rather than by how much it honored God. Sadly, for generations, American churches have taught their people that the measure of a great worship service is whether they enjoyed it. They rarely consider whether their worship honors God. They sing songs they like, dress according to their comfort, and measure their experience by what they got out of it. For years, the church has taught its people to be self-centered, and now it is reaping the whirlwind.

Second, the Church is seeking to attract people rather than transform them. God condemned His people in Malachi’s day, saying, “You have wearied the Lord with your words; Yet you say, ‘In what way have we wearied Him?’ in that you say, ‘Everyone who does evil is good in the sight of the Lord, and He delights in them’” (Mal. 2:17). In Malachi’s day, God’s people were trying to preach an attractive Gospel, not a message that would repel people. Rather than calling out sin, they assured people that God loved them and wanted to bless them just the way they were.

Likewise, in our day, societal pressure to be politically correct has silenced many churches from upholding God’s standards. No one wants to be labelled as hateful or bigoted. Ironically, denominations that have jettisoned their traditional Christian doctrines and standards as being “out of date” have not been subsequently inundated with new church members who were suddenly attracted to their contemporary and relevant churches. Just the opposite. Churches that have stopped preaching and teaching God’s word have suffered severe declines in attendance, giving, and conversions to the point that some of these denominations face an uncertain existence in the near future. Our question should not be, “What message will draw people into our door?” but, “What message properly represents God’s heart?” Preacher, it doesn’t matter if people liked your sermon. What’s important is that God was pleased with it.

Finally, the Church is unaware it has departed from God or that it needs to repent. Repeatedly in the book of Malachi, God pleads, “Return to Me, and I will return to you” (Mal. 3:7). But the people respond, “In what way shall we return?” The only thing worse than departing from God is being unaware that you left. God’s people continually neglected their relationship with God and then wondered why He was no longer blessing them. Even as the Babylonian and Roman armies encircled Jerusalem, God’s people vainly believed God was still pleased with them and would never allow any harm to come to them.

Likewise, in our day, the Church continually experiences defeat in North America, yet it is confused as to why. The Church blames secular society, spiritual warfare, Hollywood, Washington, or the media. But it does not believe it has departed from God. Hollywood needs to repent. Washington needs to turn from its sins. But not the Church!

Many churches are scattered throughout North America today. Roughly 30% of them are growing. The rest are plateaued or declining. Roughly 4,000 will shut their doors this year. Of the teenagers who regularly attend church in high school, 66% will leave the Church before they graduate from college. Many churches have fired their pastor due to immorality. Today’s pastors often struggle with depression and discouragement. It should be no surprise that the Church is not having a greater impact on society.

First, we must reject our cultural upbringing and refuse to embrace a self-centered faith. Our question ought not to be, “Did I enjoy the worship service today?” but, “Was God pleased with how we worshipped Him today?” Instead of declaring, “I don’t like that!” we should ask, “Does this please almighty God?”

Second, we need to focus less on pleasing people and more on pleasing God. God’s standards don’t change with the ages. You will never build God’s kingdom by lowering His standards! The Church needs to be a prophetic voice to today’s culture.

Third, God’s people must return to Him. Doing so will take more than one service. Realigning our programs, attitudes, and worship so they please God may take time. But we cannot stop until we are once again enjoying close fellowship with our Lord and Savior.

How could a woman who attended church all her life and regularly heard impassioned sermons on the Great Commission be more concerned about a guest sitting in her preferred pew than about an unbeliever coming to Christ? It happens when God’s people become disoriented to Him and are unaware of how far they have moved from His heart. It is inevitable when God’s people start believing the Church belongs to them, rather than to Christ.