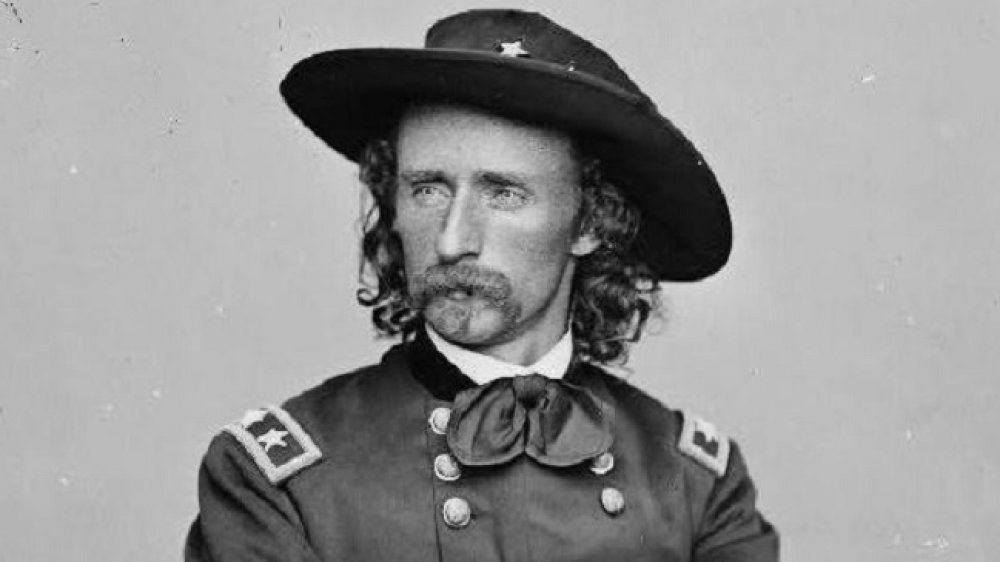 One of the most controversial figures in American military history is Colonel George Armstrong Custer. Aggressive and eager for success, he was immortalized by his famous defeat and death at Little Big Horn on June 25, 1876. The popular image ingrained on generations is that of Custer and 210 cavalrymen facing insurmountable odds as thousands of Sioux and Cheyenne warriors surrounded them. Of course, as with most historic events, there is much more to the story.

My emphasis is not on the morality or justification of the war, though that topic is worthy of discussion. Instead, my focus is on leadership principles, particularly as they relate to the Church.

When the summer maneuvers were first launched in 1876, three army groups were dispatched into the disputed territory. Colonel John Gibbons left Fort Ellis in western Montana with one force, Brigadier General George Crook advanced from Fort Fetterman in Wyoming territory, and Brigadier General Alfred Terry moved his troops, including George Custer, out from Fort Abraham Lincoln in Dakota territory. Each force was substantial enough to confront any enemy it faced. On June 17, General Crook’s column fought a fierce engagement at the Battle of Rosebud, roughly 30 miles from the site of Custer’s eventual last stand. Crook was surprised by the enemy’s size and determination and felt obliged to discontinue his advance until he was reinforced.

Not knowing of Crook’s battle, Gibbons and Terry’s columns met up and proceeded westward toward where they believed they would locate the enemy. Their combined forces, including a gatling gun unit, assured them of victory should they engage the enemy in battle. George Custer was assigned to take his force of roughly 700 men from the 7th Cavalry to scout the area. Custer was offered the gatling guns, but he feared they would slow him down. The plan was for the two forces to reunite on June 26th or 27th.

On June 25th, Custer came upon a large encampment at the Little Big Horn River. Though he spied a sizable herd of horses, military intelligence asserted there were only approximately 800 warriors. Custer’s scouts warned him that they had never seen such a large encampment, yet Custer did not suppose the enemy was greatly superior in numbers. He knew Terry and Gibbon’s forces would soon join him, but Custer was concerned that the warriors would scatter before they could be rounded up. So, Custer chose to attack immediately rather than waiting for the rest of the army to arrive.

Custer proceeded to divide his force into four units. Captain Thomas McDougal was assigned a company to guard the supply train. Major Reno, Captain Benteen, and Custer commanded the remaining three units. Custer’s decision to split the men allowed the Sioux and Cheyenne warriors to overwhelm Reno’s forces and then to attack Custer with superior numbers. Some evidence suggests Custer may have further divided his meager force in the course of the fighting. In the end, roughly forty troopers died with Custer at his last stand.

This battle has been studied and debated by innumerable military experts. An inquiry was launched to determine if Reno and Benteen were negligent in not riding to aid Custer when they heard rifle fire in the distance. Historians have attempted to understand why Custer kept dividing his men into smaller units when he faced an enemy far superior to his in size. Since none of Custer’s men survived, we’ll never know. Clearly, he underestimated his enemy and overestimated his powers. While his enemy massed in unprecedented numbers, Custer continued to reduce his force into smaller units. When Custer finally realized his mistake, it was too late.

In Jesus’ day, the Israelites were a small minority in a large Roman Empire. Israel had been occupied by the Assyrians, Babylonians, Persians, Greeks, and now Romans. These armies were the most powerful in the world, and the Jewish people had been unable to cast off their oppressors. Compounding the problem, the Jewish people were hopelessly divided. The Herodians supported the corrupt Herodian leaders in hopes of gaining political scraps of power in return. The Scribes and Sadducees accepted Roman control in order to gain religious influence and power over their fellow Jews. The Pharisees resented Roman control but pragmatically yielded to it, and they criticized other groups for their faulty beliefs and practices. The Essenes gave up any hope of political freedom or religious purity among the people and chose to live in the wilderness away from the corrupting influences of civilization. Finally, the Zealots believed violence was the only answer. They were willing to assassinate fellow Jews who collaborated with the enemy. When the Zealots finally launched a war against the Romans, the hopelessly divided Jewish population stood no chance against the unified Roman legions. They would eventually make their last stand at Masada.

Jesus said, “Salt is good, but if the salt loses its flavor, how will you season it? Have salt in yourselves, and have peace with one another” (Mark 9:50). In this closing verse of Mark chapter nine, Jesus offers a key to how today’s Christians can exert a powerful influence on an increasingly secular America.

No one should be surprised when sin corrupts and darkens a society. Such is its nature. The solution lies not in secular government passing laws or courts making rulings or media producing better programs. The answer is always for God’s people to be salty and bright. As my father has often said, “When things around you get darker, the problem is never with the darkness. The problem is always with the light.”

We learned many things in 2020, including that the light of American churches was not preventing spiritual darkness from spreading across the land. Clearly, many Christians have been changed by the world far more than they have influenced it. Denominations today foolishly assume that if they become more like secular society, the world will see them as relevant and give them a hearing. But that assumption has continually proven to be false. Once a church becomes like the world, it no longer has a distinctive message to offer. Jesus warned his disciples not to lose their saltiness. Compromising core beliefs or diminishing the role of Scripture only lessens our effectiveness. Many of modern society’s ills stem from issues the Church should address. Rather than bemoaning the fact that American society is becoming darker, the Church should ask why its light has been ineffective.

We often miss how Jesus ended this discourse. Much of Evangelicalism is currently subdivided into small factions, often warring against one another. Rather than being a strong army that is unified in its purpose of defeating its enemy, small units of believers are scattered across a vast battlefield, often suffering more casualties from friendly fire than from the enemy.

My appeal is not for uniformity in belief or practice among believers. There is plenty of room in non-essential beliefs and practices for a wide range of opinions. But it seems foolish for God’s people to be more concerned with the quality of other believers’ light than with the spreading darkness.

I have no doubt that as Custer’s meager forces gathered on the hillside, none of his men were bickering about which caliber of bullet was best to use under the circumstances. I am sure they were simply grateful that others still stood with them, shooting whatever they had at the common enemy.

Now is not the time for God’s people to be dividing and subdividing while the forces of darkness continue to multiply. It is certainly not the time to aim weapons at our allies rather than at the enemy. It is a demonic falsehood that we cannot find common cause with someone with whom we disagree in any way. American society at large widely accepts this lie, but God’s people must perceive the truth. True Christians, despite differing theological perspectives, have far more in common with each other than with the forces of darkness.

There are appropriate times to engage in robust theological debate. There are also times when we must enlist every available Christian to help stem the tide of darkness. We can remain salty and work with others in unity. The current state of our world demands that we do!