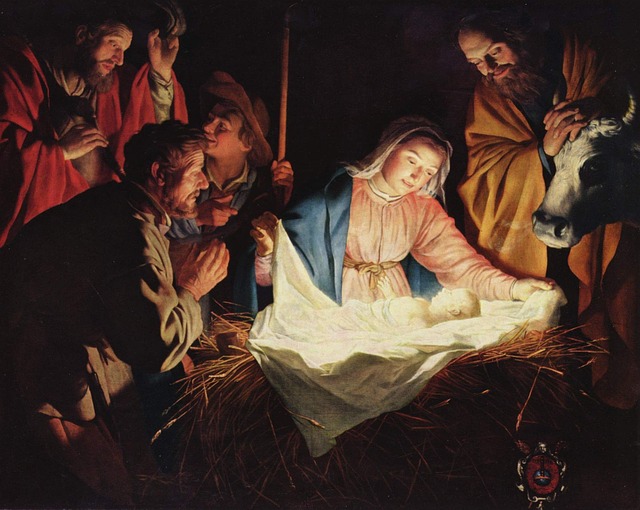 Every Christmas season we are inundated with images of Mary and her baby, Jesus, wise men and their camels, or shepherds and their sheep. These images of Christmas past remind us of the magical occasion when the Son of God became flesh and dwelt among us. Catholicism has fixated particularly on Mary, the mother of Jesus.

I don’t mean to take away from the enormous righteousness of the teenaged Mary that qualified her to give birth to the Messiah, nor would I denigrate the noble search of the wise men who traveled from afar to see the King of the Jews, or the shepherds who arose in the middle of the night to find a baby in a manger. Nevertheless, I believe the unsung hero of the Christmas story and a desperately needed role model for our day is Joseph.

Joseph was a working man, a carpenter. He never expected anything great to come from his life, but those are often the lives God delights most in using mightily! Joseph was a good man (Matt. 1:19). He always tried to do what was right. When he became engaged to Mary, most likely a teenager, he assumed a normal Galilean life lay ahead of him.

Then the surprises began coming as a flood. His fiancé informed him she was pregnant. This situation was grounds not only for divorce but for public stoning. Yet after apparently being publicly humiliated and betrayed by the person he loved most, Joseph was inclined to act in a way that protected the alleged adulterer’s reputation and feelings (Matt. 1:19). Joseph had every right to be outraged, but we are told he put the well-being of his apparently disloyal wife as his chief concern.

Then an angel spoke to Joseph in a dream and told him to take Mary as his wife. We cannot fully understand how humiliating it would have been for a man of integrity to be the center of village scandal and gossip. Everyone would naturally have assumed that Mary had cheated on Joseph or that Joseph had impregnated his fiancé before they were married. Those two options appeared to offer the only reasonable explanation. Both were unbearably humiliating.

Perhaps it was a relief when Joseph left for Bethlehem with Mary to register for taxes. Traveling with a pregnant wife that far would have been a logistical nightmare. Yet Joseph, as always, was prepared to do the right thing, regardless of the difficulty. Finding no room in the inn, Joseph scavenged for any place suitable to provide shelter for his wife and a birthing place for his first child. Modern Christmas pageants fail to portray adequately the enormous logistical issues Joseph was forced to handle for his growing family.

We can only wonder what Joseph thought when his wife, who was carrying the messiah, had to give birth in a stable and lay her child in a trough. Rough-hewn shepherds rather than court officials served as attendants. Then Joseph had another dream. How he must have dreaded those dreams! This time he was warned to flee from Bethlehem before the diabolical King Herod’s henchmen butchered his newborn. Joseph packed up his family that very night and fled. How bewildering it must have been to navigate those dark, brigand-infested highways with his little family, desperately attempting to escape before the king’s horsemen arrived to undertake their horrendous task.

Joseph traveled all the way to Egypt where he had to find lodging and establish a living. Perhaps he paid his expenses off the proceeds of the gifts from the magi. After several years had passed and the evil king Herod died, Joseph received yet another dream informing him it was now safe to return home. Upon his return, Joseph learned that the evil Archelaus was now ruling over Judea. Joseph, therefore, chose to set up residence in Nazareth where his son would be safer. Throughout the brief account of Joseph’s life, he is constantly handling logistical issues as he cares for the practical needs of his God-given family.

We can learn much from Joseph. For one, his is a submissive faith. That is, he humbly accepts God’s will for his life, regardless of how difficult or unexpected it is. God’s will involved multiple relocations and dangers, yet we never hear of Joseph complaining. He accepts his lot and makes the most of it.

Second, his is a practical faith. Joseph never preaches a sermon, writes a book, or performs a miracle, yet he makes an enormous contribution to God’s kingdom. Never underestimate the value of being able to solve problems or handle logistics!

Third, Joseph’s faith is kind. Much of his life could be viewed as unfair. Yet he never complains. He treats his wife and his son with kindness and gentleness. He is a good man. Joseph’s kindness must have been one of the reasons the heavenly Father was willing to entrust His only Son into his hands.

Finally, Joseph’s faith knows its place. We never hear of Joseph trying to make a name for himself by rearing the Messiah in his home. He seeks no fame for himself. He asks for no special privileges or favors. And by the time Jesus reaches adulthood, Joseph appears to have died. He certainly would have been much older than Mary. Perhaps the years of strenuous labor took its toll. Or perhaps he had performed his life’s purpose and his life came to a timely end. Despite the importance of Joseph’s role, he does not linger on the world stage. He plays his part and humbly exits.

Our society would benefit immeasurably if it had more men who conducted themselves as Joseph did. During this Christmas season, we must focus on baby Jesus, and we surely ought to consider Mary’s profound faith. But let’s not miss the unwavering faith and deeply applicable example of Joseph as well. May his tribe increase!