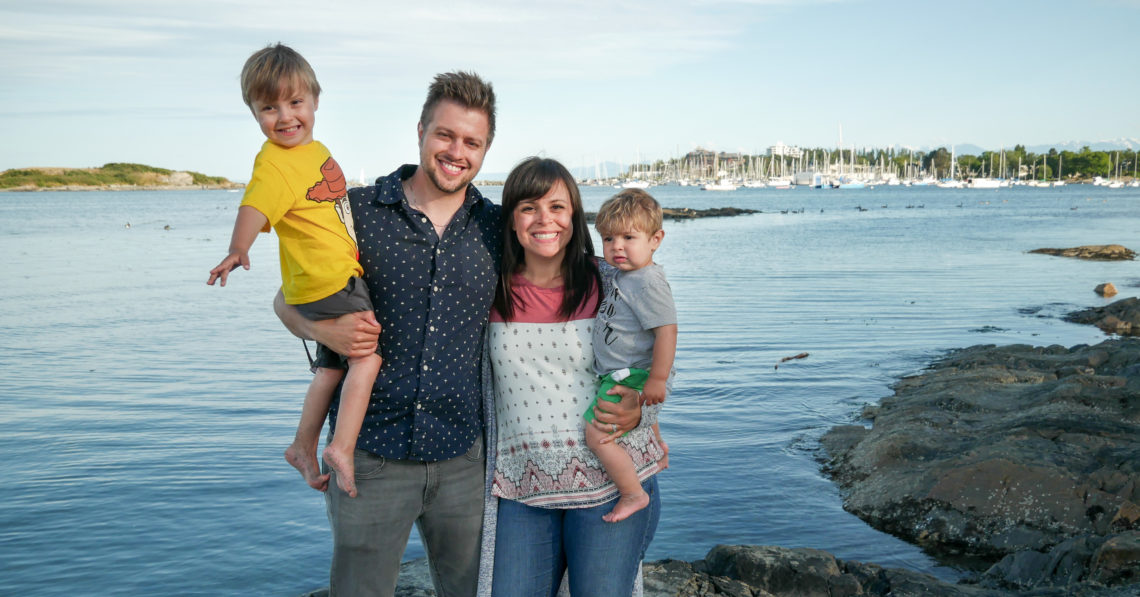 OAK BAY, CANADA – In January, Mike Blackaby—Henry Blackaby’s oldest grandson—and his wife, Sarah, sold their home in Georgia, packed up their two young sons, their dog, and all their possessions and moved 2,800 miles northwest to plant a church in Oak Bay, Canada.

“Oak Bay has a reputation of being a ritzy tourist area,” Mike Blackaby said. “But we believe there is more beneath the surface than that.”

Prior to relocating to Canada to start Canvas Church Oak Bay, Blackaby spent seven years serving on staff at First Baptist Church of Jonesboro in Georgia, the church where his uncle Mel Blackaby serves as senior pastor and Henry and Marilynn Blackaby are members.

Mike Blackaby saw God work mightily during his time at FBCJ, but he eventually sensed God directing him to a new assignment. Several months later, he found himself in an unfamiliar city in a different nation. As a first-time church planter, he faced plenty of challenges during his first few months in Oak Bay.

“I graduated with a PhD and served on a big church staff, but in many ways I’m at the very beginning again,” Blackaby said. “It’s been a tough adjustment. But it’s also been really fun, because I feel God stretching and growing me. Each day I do 10 things I didn’t used to do. Church planting is a roller coaster.”

Blackaby quickly discovered that the spiritual climate in Oak Bay is different than what he experienced when ministering in Georgia.

“We are finding that organized religion here is largely dead,” Blackaby said. “People don’t see it as relevant anymore. But we are seeing that there is a desire for something more than what they’re experiencing. We hope to show people that Jesus is just as alive and relevant in today’s culture and in their world as He has ever been. They see Christianity as an old, dusty, oppressive thing. But it’s exciting to show them who Jesus really is.”

As Blackaby seeks to impact his new community, he said he has been drawing on lessons he learned from his grandfather Henry Blackaby, a servant of God who shares his grandson’s passion for church planting in Canada.

“In Experiencing God, Grandpa is always talking about God being at work and you joining Him,” Mike Blackaby said. “The tendency in church planting is to feel like you’ve got to go out there and initiate something. But it’s important to realize that God was here before I was. He invited me here to join what He wants to do, and the pressure is not all on me to make something happen. I’m supposed to see what God’s already doing and then join Him. Grandpa planted all sorts of churches because God kept showing him where to go next. That’s what we’re trying to do.”

In the months since relocating to Oak Bay, Blackaby and his family have focused on making connections in the community.

During Labor Day weekend, Canvas Church Oak Bay put on a community-wide event in an effort to build relationships with local families. The “Back to School Family Fest,” which included bouncy houses, free food, live entertainment, crafts, and games, attracted more than 300 people.

“You can’t win trust overnight or break down barriers in a single conversation,” Blackaby said. “Those foundations take time, and that’s where we are right now. We’re trying to build foundations with people.”

For now, Canvas Church Oak Bay meets one Sunday per month for services.

“We haven’t officially launched yet, so these are just preview gatherings,” Blackaby said. “Ideally, I’d love to be able to launch in the new year.”

In the meantime, Blackaby said he and his family are trusting God’s guidance as they follow Him one day at a time.

“We’re in year one,” Blackaby said. “We’re planting seeds, and God is working.”

If you are interested in learning more about Canvas Church Oak Bay, visit www.canvaschurch.ca.