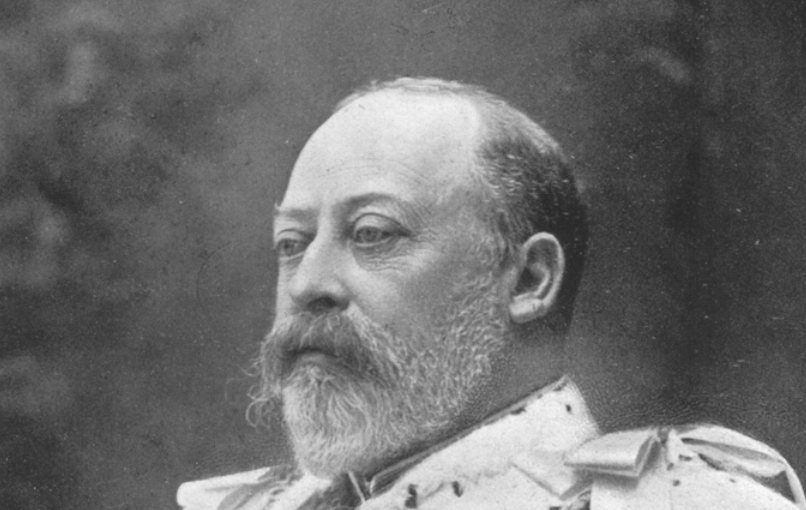 It was a time of enormous upheaval and uncertainty. Political pundits and economists brimmed with opinions about what the future held. One thing was certain: change was afoot. The outgoing leader certainly had flaws. He had been prideful. He was not always receptive to critical feedback. But his successes had been many. The economy soared under his guidance. He renegotiated alliances and won impressive concessions in his nation’s favor. He invested unprecedented sums in the military, including in advanced new technology. He subdued enemies that had plagued his nation for years. He invested heavily in building walls. But now he was gone. Could the nation survive what was surely to come?

Perhaps it was not surprising that a visit to church was in order. Or more specifically, to the temple. For it was 740 B.C. and King Uzziah had just died. Uzziah had assumed the throne when he was 16. The political world of his day was in turmoil and had been spiraling out of control for many years. King Jehoshaphat had been the last truly good king in Judah, but he had been politically and spiritually naïve (1 Chron. 20:31-34). In a misguided effort to achieve peace with Israel to the north, he had wed his oldest son, Jehoram, to Athaliah, the daughter of the wicked king Ahab. Just as Jezebel had led Ahab astray, so Jezebel’s daughter injected evil into the kingdom of Judah. Once Jehoram was firmly in power, he slaughtered his brothers and any potential rival (2 Chron. 21:4). So evil was Jehoram that God struck him with a fatal disease that resulted in a miserable death (2 Chron. 21:16-20). His son Ahaziah took over next, but he was as wicked as his father had been. A year later, God brought judgment on him at the hands of Jehu (2 Chron. 22:7-9). Then, as if there had not already been enough tragedy, Athaliah slaughtered all of her grandchildren so she could rule the devastated nation. She was eventually brutally overthrown and Joash, a son of Ahaziah, came to the throne. As long as he was guided by the godly priest Jehoida, Joash served the Lord. But when Jehoida died, Joash began to rule as his great-grandfather Ahab had. He was eventually assassinated by his own servants (2 Chron. 24:25). His son Amaziah began by ruling well, but he was eventually filled with pride, and he, too, was assassinated by his servants (2 Chron. 25:25-28). So King Uzziah rose to power after the five previous leaders had died either from God’s judgment or by assassination. Hopes were not high when the teenager assumed the throne.

In the early days, Uzziah was a pleasant surprise. He invested heavily in a standing army, even providing them with armor and weaponry. He built formidable new weapons for the defense of Jerusalem and constructed impressive towers along the city walls. Uzziah took control of trade routes and gained important new revenues. He invested in agriculture. The economy flourished. Not since the days of Solomon had the nation experienced such prosperity.

Eventually, King Uzziah fell victim to the same pride that haunted his predecessors. In a moment of foolish conceit, the king decided to offer incense in the temple, something only priests were authorized by God to do. The high priest Azariah and eighty priests fearlessly took their stand against the powerful king and told him he had overstepped his authority (2 Chron. 26:16-23). The king was outraged that anyone would confront him in this way, but God intervened. Leprosy broke out on the king’s forehead, and he instantly knew he had incurred the wrath of almighty God. The humbled Uzziah fled from the temple and suffered from leprosy thereafter. He could never enter the temple again or reside in his palace. Instead, he lived in quarantine the remainder of his life.

When Uzziah eventually died after a long and prosperous reign, his son Jotham assumed the throne. Having lived in his father’s shadow for so many years, no one knew what kind of king he would be. At this time, Isaiah went to the temple. Isaiah may well have been a cousin of King Uzziah, thereby enjoying easy access to the royal court. But with his cousin gone, he may have wondered how friendly the new government would be to him. Would Judah’s enemies attempt to test the fortitude of the new monarch? Would internal factions divide the nation once more? Isaiah’s mind must have raced with so many political, economic, and social concerns.

Suddenly, Isaiah had a vision of almighty God seated on a high and lofty throne (Isa. 6:1). At that moment, everything changed for the young prophet. The hem of God’s robe filled the massive temple. Isaiah could not bring himself to describe God’s face or any personal feature. So awesome was the sight that all he could mention was the hem of His garment. Two seraphim flew above God. With two wings they flew. With two wings they covered the shame of their feet. With two wings they hid their faces. They spent day and night praising God, yet the sight of God upon his throne was so awesome that even they, powerful angelic beings, could not look directly upon the Creator. As the seraphim shouted “Holy, holy, holy is the Lord of Armies,” the foundations to the doorways of the temple trembled at their voices. The temple filled with smoke.

In response, the shocked Isaiah could only exclaim, “Woe is me for I am ruined because I am a man of unclean lips and I live among a people of unclean lips.” We never hear mention of the deceased king Uzziah again. No reference is made to the government, the economy, tax rates, foreign powers, or new laws. God took center stage, and every other concern faded into the background. For when you have a true encounter with almighty God, nothing else matters. God was ruling the universe as He had throughout the ages. He had not left His throne. He had no successor. He was reigning just as powerfully and wisely as He always had. It is possible to have an encounter with a church service and remain the same, but it is impossible to have a face-to-face encounter with almighty God and be unmoved. When God encounters you, your next thought will not be the sins of others; you will immediately be consumed with worrisome concerns about your own transgressions.

Once Isaiah saw holy God, he became painfully aware of his own sin. Not surprisingly, his concern was his mouth. A divine encounter inevitably causes people to realize that much of what they have been saying is shameful to holy God. When people say ungodly things about others, it is clear that they have not been in close proximity to the heavenly throne.

One of the seraphim took a hot coal from the holy altar and cleansed Isaiah’s mouth. Ironically, as soon as Isaiah’s mouth was cleansed, his hearing improved! For the first time, he heard God’s voice. God asked, “Who should I send and who will go for us?” Isaiah had suddenly been swept up into the throne room of heaven. God was actively at work and carrying out His purposes. He was not caught by surprise by the dynastic succession. His work did not stop because a new government came to power. God’s accomplishments did not depend upon which king sat on the throne. Heaven was steadily working, even when people were in turmoil and fearing the future.

In response, Isaiah boldly responded, “Here I am. Send me!” After having seen God upon His throne, the prophet had no further doubts about serving God in the turbulent climate of his day. God told the prophet that his calling would be difficult, and people would not respond positively to his ministry. But the challenges didn’t matter. God was on His throne.

In the very next chapter, Isaiah prophesied to King Ahaz that a virgin would give birth to a son and call Him Immanuel (Isa. 7:14). Some of the most exalted prophesies of the Messiah came from Isaiah. He had mistakenly feared that the best days were behind him, but God was preparing to do an amazing work in the future.

Too often God’s followers focus on what people are doing and lose sight of what God is accomplishing. Governments come and go, yet God continues to pursue His purposes on earth. History typically records what kings decide. Heaven knows that God’s activity is what will be celebrated for eternity.

Queen Victoria was one of the most celebrated monarchs in England’s long history. When she died in 1901, her reign of 63 years and seven months was the longest in British history. Her rule had lifted Great Britain to magnificent heights. But there was great concern. Her oldest son, Edward, appeared unfit to rule. An irresponsible playboy and womanizer through his youth, he had brought much consternation to his famously unflappable mother. After Edward experienced a humiliating dalliance with a woman, Prince Albert was mortified and went to see his wayward son. Albert took sick and died soon after. Victoria blamed her son for sending his father to an early grave. She confessed afterward that she could not look upon her son without shuddering.

At age 59, Edward took the throne. Many people were concerned. But they needn’t have been. Though not the monarch his mother was, his diplomacy and tact were widely credited with preventing World War I until after his death in 1910. But Edward’s rule was not all that transpired during that time. In a coal mining district in Wales, a great awakening erupted in 1904. At its center was a young man named Evan Roberts, who began speaking all over the country. In six months, 100,000 people were converted to Christianity. Sparks of revival then spread around the world until 1910. When Victoria died, many Christians fretted about what Edward would bring about in government. They should have been preparing themselves for what God was about to do.

If there was ever a time when Christians needed a fresh encounter with almighty God, it’s now. He has lost none of His power. His purposes have not been thwarted. He doesn’t depend on the favor of human governments for His will to be done. Once you encounter Him, thoughts and concerns of worldly leaders and their policies will fade into the background, and the Creator, Judge, and Lord of the universe will take His proper place at the center of your attention and your heart.