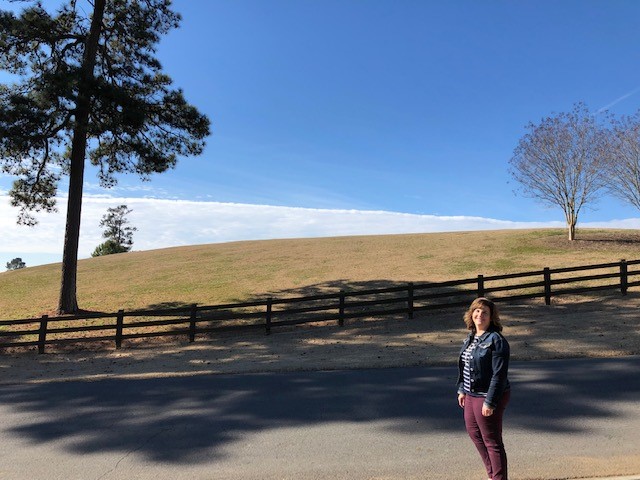 ROME, GA – Kimberly Smith’s life was in transition. She and her husband had recently closed their business. They had also become empty-nesters, a change they both found difficult. Smith was not sure what God had in mind for her future and was fervently seeking His direction and guidance.

She received her answer in an unexpected way: a letter from a church friend.

“It was unusual to open a letter from her,” Smith said. “In no way would she [normally] send something in the mail. It would have been an email or phone call. But she wrote that she had read Experiencing God, and God laid it on her heart to go through the study with a group.”

Smith immediately knew she should join the study. Before long, she and 15 other participants were meeting regularly to discuss the material.

“It really shook our faith,” Smith said. “I’ve been a Christian since I was eight years old, but Experiencing God totally changed my view of God.”

Through the study, many of the members received answers to prayers. Smith’s turn came during week eight.

“We were listening to Lonnie Riley’s testimony, and suddenly it was as though the TV went static-y,” Smith said. “Then I saw picture of myself at the base of a hill looking up at blue skies with trees on either side. I got a deep impression that this was the place God was taking me, and I would only know where it was when I arrived.”

Receiving such a clear message from God was a new experience for Smith and something she wouldn’t soon forget.

A year later, her son applied and was accepted into the Winshape College Program, a discipleship program for college students.

“That was how God brought Winshape onto my radar, and I couldn’t shake my desire to be a part of it,” Smith said. “From time to time, I’d look at the Winshape website for job openings. And in January of 2017, I saw a listing for a position in guest services ministering to couples going through marriage intensives.”

To Smith, who had experienced healing in her own marriage through a marriage intensive, the position seemed like a perfect fit. She sent in an application and waited.

“After about a month, I got discouraged,” Smith said. “I really wanted to work at Winshape, but I also wanted to be obedient to God.”

When she drove to Winshape to visit her son one weekend, he encouraged her to check in with human resources.

“I had missed lunch because of traffic, and I was tired, hungry, and really not in a great place,” Smith said. “But to humor him, I went.”

One thing led to another, and she soon found herself in a job interview with the executive chef. The job he described played to all Smith’s giftings, and she was quickly promised a second interview.

“Then, on Monday morning, I got a call from Winshape,” Smith said. “I was nervous, because I wasn’t scheduled to return for the second interview until Friday. But the chef said they had spent a long time looking for someone who would be a perfect fit for the job, and they wanted to offer me the position.”

She had visited Winshape many times before, but driving through campus later that week on her way to meet her new employer felt different.

“It was a beautiful day, the sun was streaming through the trees, and I was soaking it in,” Smith said. “When we were almost to the building, I looked to my left and it was like the blinders fell off—there was the hill! I literally gasped, and I knew this was the hill from the vision God gave me during Experiencing God. We’d driven that road lots of times, but God had kept me from recognizing it before.”

Since starting with Winshape, she said God has used that hill as a visual reminder that she is in the exact place where He has called her.

“Experiencing God changed my life,” Smith said. “It’s been an amazing journey, though it hasn’t always been easy. Nearly every morning I look to that hill and I’m grateful for where God has brought me. I know it’s a holy assignment.”