He was born into a poor family, the illegitimate child of a publicly shamed mother in the West Indies. He grew up to become George Washington’s right-hand man and one of the Founding Fathers of the United States. In this episode, Richard and Sam discuss the life and leadership of Alexander Hamilton.

If you have enjoyed this podcast and want to support what we do, click here.

“The House of Morgan: An American Banking Dynasty and the Rise of Modern Finance” by Ron Chernow. Buy it here.

Join Richard Blackaby for a live devotional and Q&A every Tuesday morning at 10am EDT on the Blackaby Ministries International Facebook page. (If you miss the event, you can catch it later on the BMI YouTube channel.) 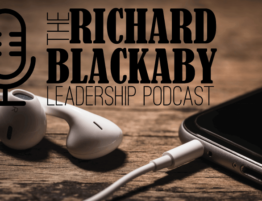 In this episode Richard reviews At Your Best by Carey Nieuwhof.

In this episode Richard reviews Leading Change without Losing It by Carey Nieuwhof.

Mike Blackaby’s second time on the podcast he and Richard discuss his PhD in apologetics, specifically, atheism and the church.

It’s common for people to continue investing in relationships that aren’t bearing fruit. In this episode Richard shares if and when we should end an unfruitful relationship.

Richard sits down with Connie and Gerry Taillon to talk leadership in ministry and family.

Today, there are innumerable reasons to be angry. Many even say anger is good. In this episode Richard looks at what the bible says about anger and how we can best manage it.