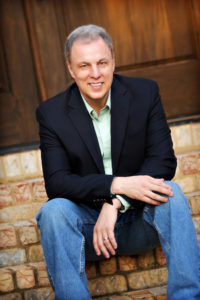 Richard is the President of Blackaby Ministries International and lives in Atlanta, Georgia. Richard travels internationally speaking on spiritual leadership in the home, church, and marketplace, as well as on spiritual awakening, experiencing God, and the Christian life. Richard regularly ministers to Christian CEOs as well as church and family leaders.

Richard grew up in Saskatoon, Saskatchewan, Canada. He has been married to Lisa since August 6, 1983 and has three adult, married children: Mike, Daniel, and Carrie. Richard also has four amazing grandsons!

Richard earned a B.A. in history from the University of Saskatchewan. He has an M.Div and Ph.D. in church history from Southwestern Baptist Theological Seminary and an honorary doctorate from Dallas Baptist University.

Richard served as a senior pastor at Friendship Baptist Church in Winnipeg, and then as the president of the Canadian Southern Baptist Seminary in Cochrane, Alberta, Canada, for 13 years. He continues to serve as the seminary’s Chancellor.

Richard has written or co-authored more than thirty books, including: The Seasons of God: How the Shifting Patterns of Your Life Reveal His Purposes for You; The Inspired Leader: 101 Biblical Reflections for Becoming a Person of Influence; Unlimiting God: Increasing Your Capacity to Experience the Divine; Putting a Face on Grace: Living a Life Worth Passing On; Experiencing God at Home, Rebellious Parenting: Daring to Break the Rules So Your Child Can Thrive, and Living Out of the Overflow: Serving Out of Your Intimacy with God.

He has also co-authored many books with his father, Henry, including: Experiencing God: Revised Edition; Spiritual Leadership: Moving People on to God’s Agenda; Experiencing God: Day by Day; Hearing God’s Voice; Called to Be God’s Leader: Lessons from the Life of Joshua; Being Still With God: A 365 Daily Devotional; Fresh Encounter: God’s Pattern for Spiritual Awakening; God in the Marketplace: 45 Questions Fortune 500 Executives Ask about Faith, Life, and Business, and Flickering Lamps: Christ and His Church.