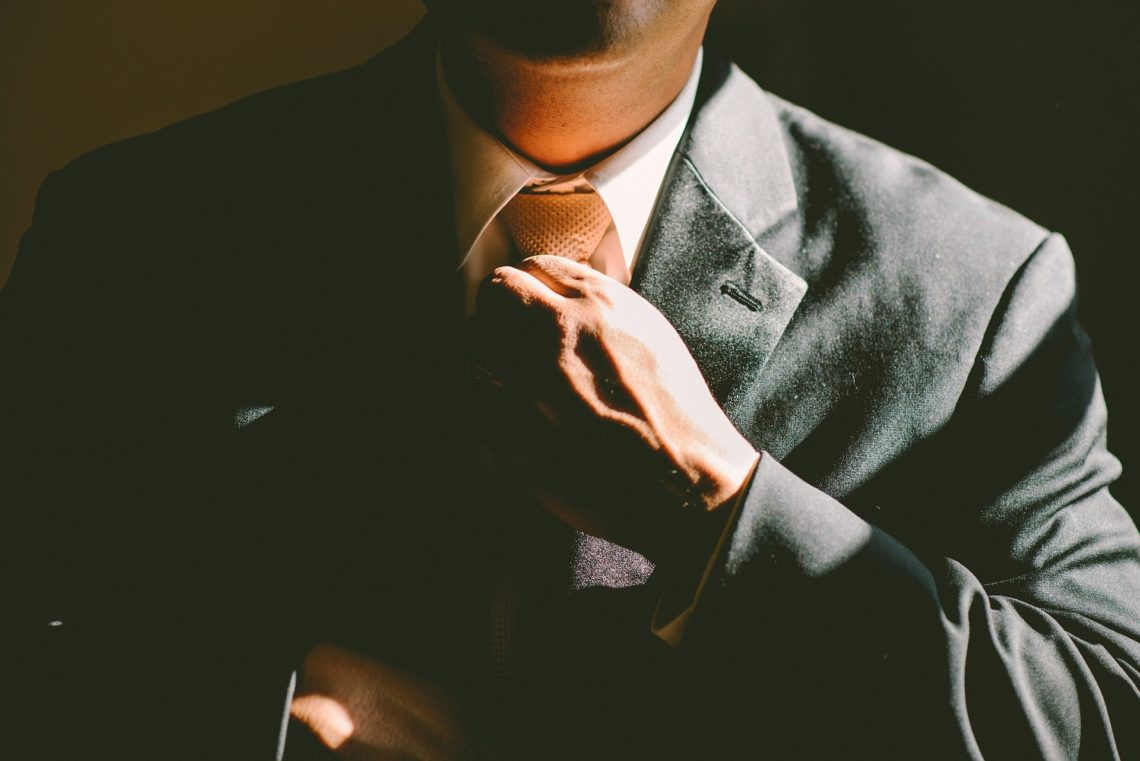 On May 10, 1940, Winston Churchill became the prime minister of Great Britain. It was Britain’s darkest hour. The former prime minister, Neville Chamberlain, had tried to reason with Adolph Hitler. He failed, and Europe lay devastated before the German Wehrmacht. Nothing could stop the onslaught of Nazi Panzer divisions racing across France. At last, in desperation, the British parliament turned to aging Churchill. Many British people had already resigned themselves to defeat. Honorable terms of surrender appeared to be their only recourse. But then, in a series of speeches, Churchill roused the nation. In one of his most famous orations, he declared,

It is said that Hitler hated Churchill, because Hitler could not intimidate him. At last the Fuhrer faced someone equal to the challenge of all-out war.

Leadership is often misunderstood. People assume individuals who hold prominent positions or serve as figureheads at corporate functions are leaders. But true leadership involves addressing problems. Until Britain faced its greatest crisis, its citizens did not feel the need for Churchill. But when they had nowhere else to turn, they finally placed their hope in him. Occupying a corner office and making the occasional speech at staff meetings does not take courage. But facing real problems may call upon every ounce of a leader’s courage. The problem is that many people holding leadership positions today suffer from an acute absence of courage.

Anyone who went to Sunday school as a child is familiar with the story of David and Goliath. The Israelites had to confront their mortal enemies in the Valley of Elah, and the Philistines had a new weapon: Goliath. He was a terrifying giant, nine feet, nine inches tall. His bronze armor made him seemingly invincible. For forty days he bellowed out his blasphemous taunts at the Israelites, offering to fight their challenger. Unfortunately, every Israelite soldier had a prior commitment. Scripture says King Saul and the Israelites were “dismayed and greatly afraid” (1 Sam. 17:11).

Then a shepherd boy named David came along, and the rest is history. Interestingly, when David asked why no one had accepted Goliath’s challenge, David’s oldest brother, Eliab, became angry (1 Sam. 17:28). David’s three oldest brothers were in the Israelite army and had endured Goliath’s taunts. After succumbing to fear, they had no interest in hearing David challenge their defeatist attitudes. Nevertheless, one teenager’s courage changed the course of the war and the nation’s fortune.

An interesting sequel occurs many years later. King David led his troops into battle against the Philistines once more. But as he fought, he grew faint. Ishbi-Benob, one of Goliath’s sons, attempted to kill David and avenge his father. Abishai, David’s cousin, leapt to the rescue and killed the giant (2 Sam. 21:15-17). After that, David’s soldiers insisted that David no longer put himself in harm’s way. The text goes on to chronicle how Sibbechai the Hushathite killed Saph, who was another son of Goliath (2 Sam. 21:18). Then Elhanan the Bethlehemite killed another of Goliath’s relatives. Finally, Jonathan, David’s nephew, killed a fourth son of Goliath.

This story fascinates me. When we first see David on the battlefield, the general consensus is that killing giants is impossible. Everyone lived and worked in fear of giants. Then David confronted what everyone else dreaded, and he demonstrated that killing giants was possible. Eventually, David grew older and no longer had the strength to go into battle. But his weakness didn’t matter, because he had taught his people that giants were beatable. Sure enough, giants dropped like flies! Even David’s nephew, the son of David’s older, fearful brother, was killing giants! Israel no longer needed David to battle giants for them. Giant-killing had become a national past time!

Leaders resolve to tackle their people’s greatest problems. But to be successful, leaders must be courageous. Let me suggest four major areas where leaders must demonstrate courage.

I work with pastors often. A story I see repeated frequently involves two or three deacons or elders who tell their pastor to leave. Their accusations are often nebulous, groundless criticism of the pastor’s leadership and dire warnings of what could happen if he resists their will. Typically, the church is growing and many in the congregation love the pastor and would be disappointed to lose him. The vibrancy of the church is, in fact, often the problem. The small group of power brokers sees their influence over the church diminishing with every member who joins. So they attempt to chase off the pastor.

The accused pastor typically agonizes over his decision. He loves his church and fears what will happen to its members should he leave. But the vast majority of the time, the pastor eventually departs, citing the fact that he does not want to embroil the church in conflict. While this reasoning may sound noble, it is much like a guard dog announcing it is leaving its post at the chicken coop once wolves arrive, because it does not want to involve the chicken coop in conflict. The guard dog’s role is to stand its ground when an enemy comes! Defending their people is when leaders earn their money! But too often, when bullies or evil people appear on the scene, leaders start dusting off their resume.

Throughout my leadership career, there have been several occasions when a handful of people tried to harm my organization. I personally despise conflict. But I also take my responsibility as a leader extremely seriously. I vividly recall calling people out when necessary. My heart raced. My mouth was dry. I wished I could be anywhere else. But as the leader, I knew someone had to stand up for the organization, and that person was me.

I remember stepping out of my office one day to head to another section of the facility. I looked up and saw a person with whom I was experiencing conflict. My natural inclination was to retreat to the safety of my office to avoid an unpleasant experience. But then I stopped. I was in the right in this circumstance. This person had entered my organization and my building. I refused to retreat or hide! If anyone should feel uncomfortable, it ought to be the person who was acting unbecomingly toward my organization! I marched down the hallway purposefully, looked the man in the eyes, and asked if I could help him. He soon departed.

A second aspect of leadership that requires courage is speaking the truth. Organizations often turn a blind eye to problems. Everyone knows there is an elephant in the room, but no one wants to address it in a meeting. At times, everyone acts as if everything is okay, even when drastic measures are necessary. For example, a church may have declined for 15 years. Few young people attend. Giving only covers half of the budget. But everyone keeps acting as if everything is fine. The pastor must speak truth while there is still time to make substantial changes. Perhaps a team member has a terrible attitude. Everyone avoids him or makes excuses for his tirades or the negative comments he makes under his breath in meetings. But at some point, the leader needs to confront inappropriate behavior, regardless of how angry the confrontation might make someone.

I once learned that two of my executive staff had spoken in a demeaning manner to some of the clerical staff. When I enquired about the incident, I was told that these two people were stressed about making a deadline and that such behavior would probably not happen again once their task was completed. But I realized that if we considered one excuse acceptable for un-Christlike behavior, we could tolerate any number of excuses. So, I called a meeting. I announced that there would be zero tolerance for such behavior, regardless of people’s stress levels. It was an awkward conversation, but we never had a repeat incident. If there is someone people should be able to count on to speak the truth, it ought to be their leader.

Change is the waterloo for many leaders. Countless leaders have been lulled into believing their people are fully supportive of their agenda for the organization. Then they tried to change something, and people who had previously seemed supportive suddenly turned from Dr. Jekyll to Mr. Hyde.

I rarely meet leaders who cannot list issues they need to address in their organization. Nevertheless, they often refuse to act, because they fear the consequences. Change always comes at a cost.

I met a pastor a number of years ago who told me he had recently closed his church, because it had dwindled to such a small size that it could no longer function. Knowing I would probably disapprove of shutting down the church, he said, “Richard, we had no choice. We had to close the church.”

“How long were you the pastor?” I asked.

I knew a woman who had been fired from five companies in a row. Her conclusion? She worked for bad companies! I knew a pastor whose church had dwindled from an average attendance of 110 to an average attendance of less than thirty after 15 years of his ministry. But when he had the opportunity to audit a leadership class, he turned it down. After all, he had already been a pastor for fifteen years! Many politicians have held office for more than thirty years but continue to blame their constituency’s problems on the opposing party. Today’s leaders too often focus on casting blame rather than on finding solutions.

True leaders are prepared to take responsibility for their organization’s failures. It is an abdication of duty to throw everyone under the bus when leaders fail to do their job. When professional sports teams fall short of expectations, their coaches are fired. This response sometimes seems unfair, especially when the players have been underperforming. But, ultimately, the coach’s job is to draw out the best in the players. Leaders understand that the organization’s performance is equal to its leader’s performance. No excuses.

Every leader eventually confronts a situation that demands courage. Seth Godin claimed that “In every organization everyone rises to the level at which they become paralyzed by fear” (Tribes, 44).

Perhaps you are facing a situation that intimidates you. You may dread confrontation. You may fear the repercussion if you speak the truth. If so, take heart! If God called you to lead, it is for such a time as this. Leadership is not for the fainthearted! It takes courage. History is filled with examples of people who were scared to death, but they resolved to do what was right. They summoned their courage. And they led.