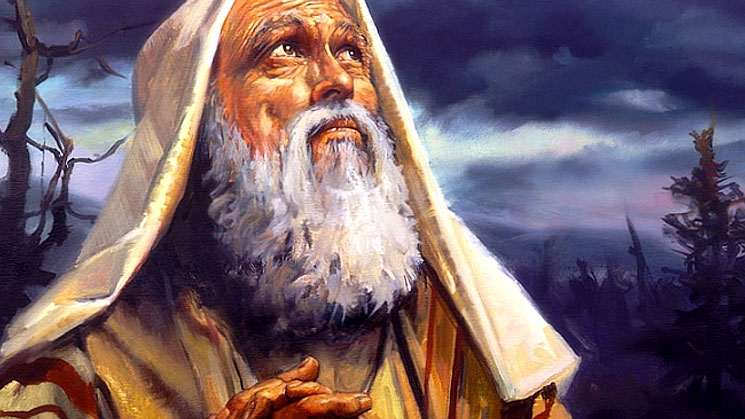 My father used to say that partial obedience to God is disobedience.

There is an interesting account found in Genesis chapter 12. God told Abram, “Get out of your country, from your family and from you father’s house, to a land that I will show you” (Gen. 12:1). Verse four states, “So Abram departed as the Lord had spoken to him, and Lot went with him” (Gen. 12:4). The Lord does not chastise Abram. In fact, Scripture indicates that Abram departed as the Lord instructed. The only peculiarity is that God told Abram to leave his family, but Lot went with him. Lot was Abram’s nephew, the son of his deceased brother, Haran (Gen. 11:28-31). Abram’s father, Terah, had initially taken Lot into his care. It seems natural for Abram to take over what his father began. God never chastises Abram for taking a family member with him to Canaan.

Nevertheless, God gave the promise to Abram and his descendants, not Lot. Lot never embraced God’s promise to Abram. In fact, Lot would cause Abram nothing but trouble. When their flocks became too large to tend together, Lot did not offer to part ways with his uncle. Rather, Abram graciously offered Lot whatever land he chose. Lot greedily selected the choicest land and left the desert for his kindhearted uncle (Gen. 13:5-13). When King Chedorlaomer and his allies captured Lot and his family as they sacked Sodom, Abram was forced to chase across the length of Israel in order to rescue his nephew (Gen. 14:13-17). When God was preparing to destroy Sodom and Gomorrah, Abram interceded for the city, and God ultimately sent an angel to rescue Lot once again (Gen. 19:1-29). Clearly, Lot did nothing to assist Abram in his quest for God’s promise and much to inconvenience him.

Such can be the case when we add to God’s instructions. At times, we clearly know what God is telling us to do, and we are willing to obey, but we add to His commands. We may do so out of the generosity of our heart. But our actions come from us, not God. It is just as dangerous to add to what God says as to subtract from it. Be careful that you do not link yourself with those who are not helping you achieve God’s will. They may be nice people. They may even be relatives. But your first priority is being true to God.

At times, our kindness thwarts God’s will for our lives. Some Christians feel compelled to express love and acceptance at all costs, even when others are living in open sin and rebellion against God. I recall a couple that once left our church because the congregation voted to exercise church discipline on another couple who were living immorally. The couple that angrily left the church over the matter were more concerned with not offending people than they were with not offending a holy God. I know businesspeople who entered into a partnership with someone who was not a Christian or who was clearly untrustworthy because they were trying to demonstrate Christian kindness rather than Christian wisdom! Later, the partnership unraveled at great cost to the undiscerning Christian businessperson. I have also known wonderful, godly women who married a man of questionable character in an effort to reform him. Theirs was a generous gesture, but it derailed the work God intended for them and their future and led to heartache and disappointment.

I also know Christians who worry that the moral standards Scripture upholds might offend people who reject those values. So, they excuse people for not living up to those standards in an effort to demonstrate kindness and inclusiveness. These misguided souls behave as if they are kinder and more sensitive to people’s feelings than God is! Many Christians, and even entire denominations, discard God’s standards so they can appear more inclusive or loving. Be careful when you act as if you are more loving or kind than God is. You are not. God has reasons for every command He issues. He knows what the outcome will be if people fail to uphold His standards and follow His instructions to the letter. You are never doing anyone a favor by toning down a word from God!

Abraham was a kindhearted man who could not bring himself to leave Lot behind in Haran. No evidence suggests Lot was in danger or needed his uncle’s help. Abraham was just being nice. Nevertheless, Lot’s flocks were soon so prosperous that he had to separate from Abraham anyway. Lot took the best land. He was seduced into living in the wickedest city in the world. He forced Abraham to arm every able-bodied employee and risk his life rescuing his trouble-plagued nephew. And the descendants of Lot, the Moabites and Ammonites, would cause Abraham’s descendants much grief for years afterward as they laid claim to as much of the Promised Land as they could grasp.

We all know that being mean-spirited and selfish dishonors God and harms His cause. But we must also beware that our attempts to be nice can inadvertently harm God’s reputation and work as well. In some ways, being nice is more seductive than being cruel. We assume being nice is a good thing. But if it hinders or distracts us from doing God’s will, it is a pitfall to avoid.