Blackaby Ministries International was founded in response to the many opportunities the Blackaby family and ministry team receive to share their unique, God-given message globally.

Henry and Marilynn Blackaby served in several churches in California before relocating to Saskatchewan, Canada, to lead a struggling congregation that had dwindled to only 10 members. During their 18 years in Canada, the they saw God work in miraculous ways, helped plant numerous churches, and reared their five children. Through those experiences, God taught the Blackabys truths about Himself that became the basis for the best-selling book, Experiencing God: Knowing and Doing the Will of God.

After growing up in that spiritually rich environment, all five of Henry and Marilynn’s children sensed God calling them into full-time ministry. Their oldest son, Dr. Richard Blackaby, is the president of Blackaby Ministries International and resides in Atlanta. Dr. Thomas Blackaby is the lead pastor of Brookswood Baptist Church in Langley, BC, Canada. Dr. Melvin Blackaby is the senior pastor of First Baptist Church Jonesboro, GA. Dr. Norman Blackaby is a professor at Dallas Baptist University in Dallas, TX. Carrie Blackaby Webb served as a career missionary to Germany and lives in Jonesboro, GA.

Through the years, God has used the Blackabys to help people around the world experience God. The team at BMI prays the Lord will continue to use the ministry to revive His people and equip spiritual leaders to impact the world for Christ. 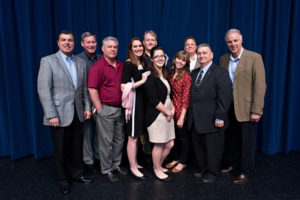 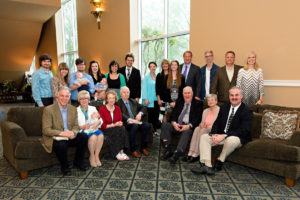