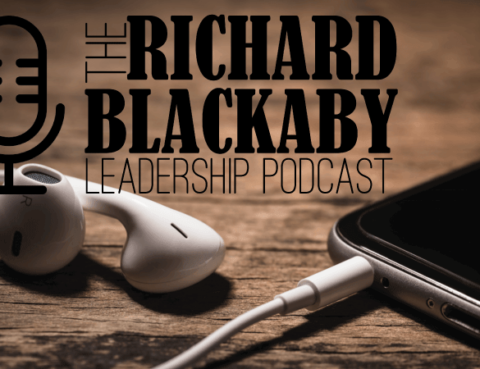 When problems arise, many leaders panic. They react without thinking, bail out, quit, or walk away and undo years of solid leadership in a matter of moments. In this episode, Richard and Sam discuss strategies leaders can use to avoid hitting the panic button and making hasty decisions they will later regret.

He went bald prematurely, had a bulbous, disfigured nose, and suffered from self-consciousness, loneliness, and depression. He was also the most influential banker in American history. At one point, 96 out of the top 100 companies banked with him, and on multiple occasions he helped the United States avoid financial ruin. In this episode, Richard and Sam discuss the life and leadership of J.P. Morgan. 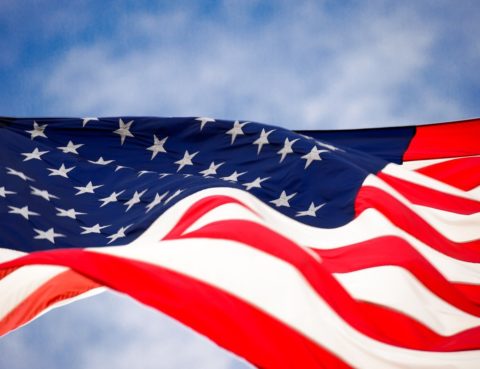 2020 Entering a new year is generally accompanied by large doses of optimism and hope as people consider the various opportunities and possibilities that lie before them. But 2020 carries with it a certain foreboding. Many people are concerned about what the future holds. Issues There are obvious reasons for this apprehension. On November 3,…

Ego can cause problems when you aspire, succeed and fail. In this episode, Richard and Sam discuss the book ‘Ego is the Enemy’ by Ryan Holiday.

He started his own company in 1999, and today it does 33 billion dollars in volume. He now serves as the CEO of a different company. During his 40-year career in the marketplace and through heartbreaking challenges in his personal life, God has taken him on an unexpected journey of faith. In this episode, Richard interviews Scott MacLellan, an entrepreneur, CEO, and the author of Am I Building a Life of Personal Faith? 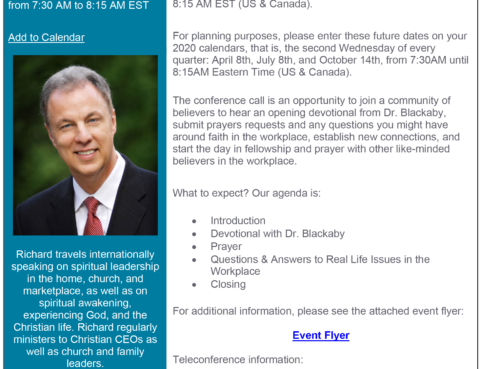 Please join us for our Quarterly Devotional Series with Dr. Richard Blackaby, President of Blackaby Ministries International, Wednesday, January 8, 2020 from 7:30 AM to 8:15 AM EST (US & Canada).